Alright everyone, best wishes and all that! Partyyyyy! As it’s almost the end of the year, I’d like to see you all off to 2016 with a highly alcoholic recipe. It only seems appropriate, right?

Once again, and probably for the last time for the next few weeks, this is a recipe that the Dane has shared with me. It’s for a thing called glögg, which I was also told is actually for Christmas. However, I already posted Risalamande here for Christmas, and also, we’re fucking rebels. We can have glögg for New year’s.

Now, I hear you think, “Ditta, what are you even talking about, the Danish don’t have ö, they have ø!” Damn straight! This recipe is actually Swedish, but it’s known and used in Denmark, too. This is what the Dane says about it: “The name glögg is quite interesting. We often write the Swedish version, with ö instead of ø. But if you want to, you can write it with ø. Back in the days it was spelled glødg (Swedish glödg), and this betrays the word’s origin: it comes from the verb gløde, meaning ‘to glow’, whence also German Glühwein!”

Awesome, pretty interesting eh? Now that we know all of this, let’s set about making it. We’ll need a fuckload of booze and some other stuff, not all of which I couldn’t gather, because I’m in italy and exotic spices are a bit of a problem here, but you totally should. It’s best to start making this a day in advance, because you need to soak some stuff and let it soak up flavours for a good while, so start now and you can drink this tomorrow for New Year’s Eve! 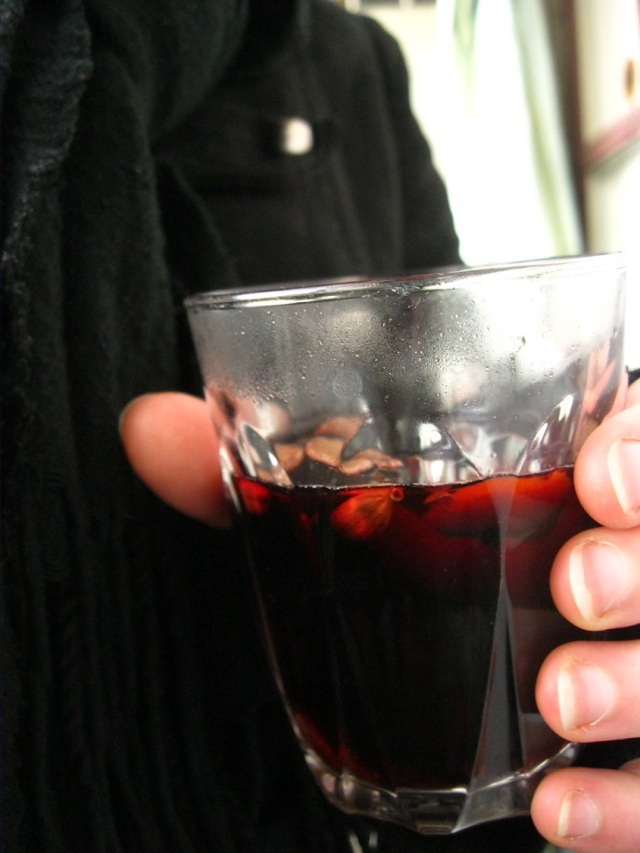 To make glögg/gløgg, first we need to make what the Dane calls ‘wine essence’, sort of like a wine and spice syrups. We then mix that with wine and the other types of booze. So, for almost 2 liters of glogg/gløgg, use the following:

For the actual, factual glögg:

First of all we need to make the wine essence or syrup. Put all of the ingredients from the first list in a saucepan and heat carefully. You want it to be warm, but not hot – alcohol evaporates at, what, I don’t know, something absurdly low like 70 degrees or something, so you want to keep below that. Now just leave it to thicken for anything from half an hour to an hour. Leave it to cool, then strain it so you’re left with a debris-free liquid. 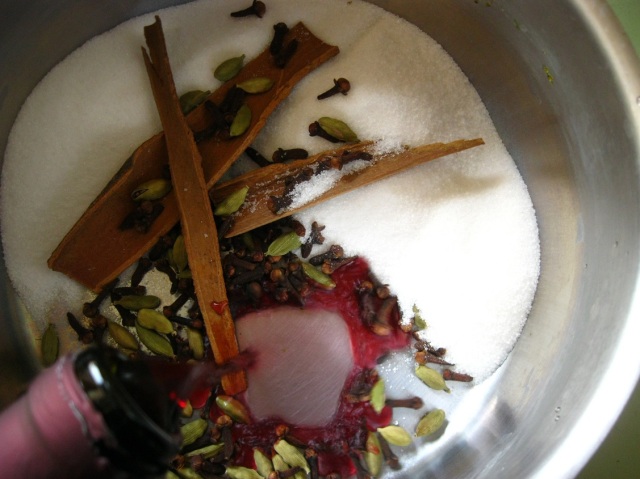 Now put your raisins to soak in the port, and leave them overnight.

Next day, put the essence, the remaining litre and a half of wine, orange zest and juice, and again heat it without heating it to the point of losing alcohol (the Dane: but DON’T allow it to boil – the Dictatress must get sloshed as a retard!”).

When it’s nice and warm, add the final ingredients: the almonds, the soaked sultanas including the port in which they’ve soaked, the rum, and the vodka/schnapps. Enjoy! 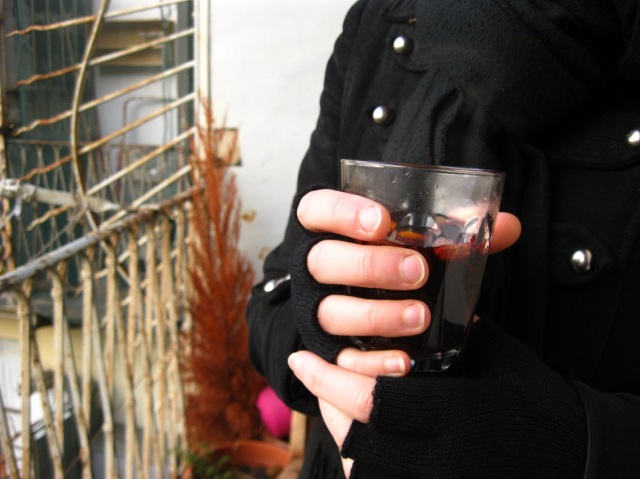