Still panicking over what to make for Christmas dessert? Panic no more! Already spent the past 3 months building up your boozy Christmas pudding? Chuck it out! This year we’re going for a Danish-style Christmas!

If you’re a frequent visitor to this blog, you’ll start noticing that Denmark is becoming somewhat of a theme. It’s just this Dane, he keeps coming up with the most amazing recipes! I’ve never really met all that many people from Scandinavia, and I can’t afford to go there because it’s so expensive, so this boy is just my culinary portal into the North, you know? Whatever he comes up with, I’ll give it a shot.

One of the more seasonal recipes that he’s shared with me is a rice dessert that I’d totally recommend making this year for your Christmas dinner. It’s called risalamande and if you’ve got any language skills, you may have understood that it involves rice and almonds. It also involves kirsebærsauce, or cherry sauce (literally cherry berry sauce, because cherries are berries in Scandinavia). The whole thing is pretty awesome, and not difficult to make. As so often, there’s a lot of different recipes going round, but this is the Dane’s favourite, and who am I to argue? 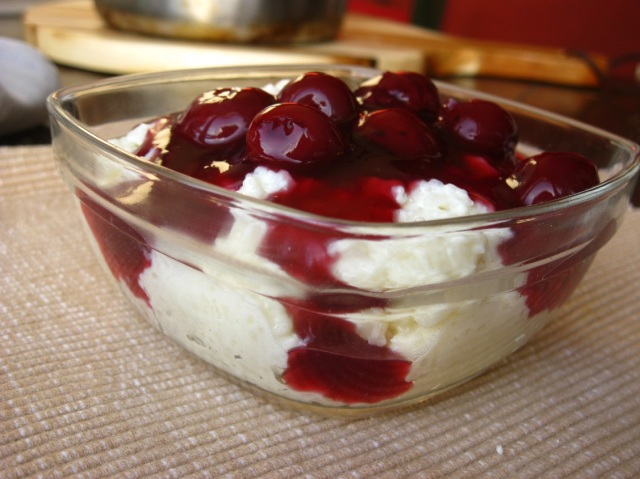 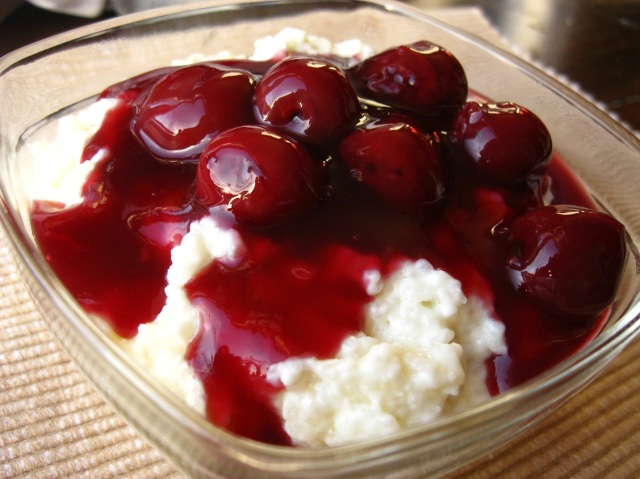 For 8 (but actually for 16 because after all that soup, turkey, stuffing, vegetables and what not nobody’s hungry anymore, anyway), use:

Slice the vanilla pod open lengthways. Chuck it in a pot, add the rice, and cook it in the milk according to the instructions on the pack. Mine said 12 minutes but depending on your rice it might take a lot longer.

When it’s cooked properly (just taste some to see if the texture is good – we’re going for a thick kind of porridge), take it out of the pot, put in in a big bowl and leave it to cool down. It’ll go hard, that’s OK.

When the rice porridge has cooled down, loosen it up a bit with a fork. Then whip up your whipping cream with a couple of spoons of sugar in. Roughly chop your almonds, then add those and the whipped cream to the rice. Now scoop it around carefully, folding the rice over the cream and the cream over the rice again, so as not to break the delicious whipped cream that you just whipped your arm off for. When you get a nice and smooth mixture, you’re done. Taste for sugar, add more if you want to (but remember you’re going to eat this with sweet cherry sauce, so don’t go mad just yet). 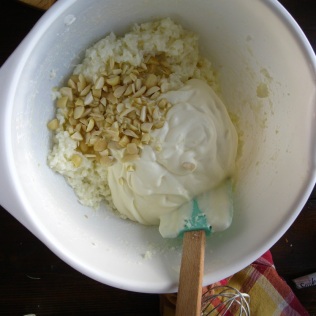 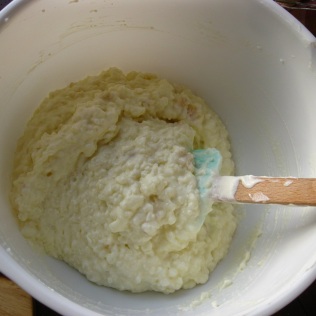 Now we have to make the sauce! Chuck all of the syrup from your jar into a small saucepan. Heat it up carefully, no boiling. Meanwhile, mix your corn starch with a few teaspoons of water. Mix well, make sure there’s not lumps, then add it to the syrup. Keep stirring, and the syrup will thicken in a couple of seconds. Add the cherries so that they heat up along with the sauce.

Serve the risalamande cold, with the hot cherry sauce. Optionally, add one whole almond to the rice before serving up, and give a present – no wait, fuck it, a glass of your best Scotch – to whomever finds it (even if that’s your 5-year-old nephew). Merry Christmas, everyone! 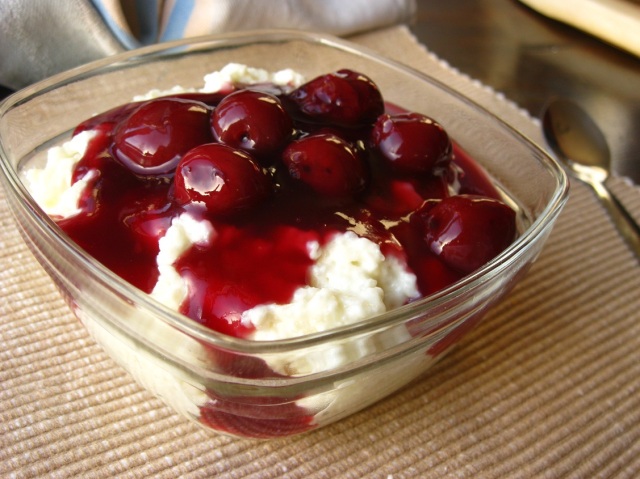 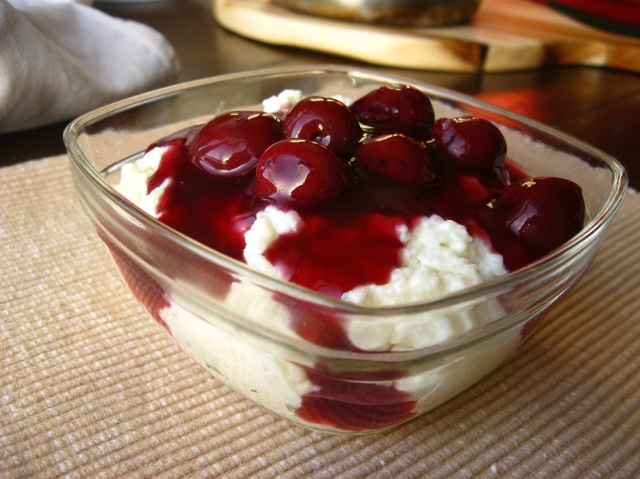 After years of being based in Glasgow, I've recently made a home for myself in Turin, Italy, for the time being, at least. This blog is my captain's log. Here I note down what I did, and what I ate. A story, then a recipe. That's how this here works. Updates on Wednesdays.
View all posts by La dittatrice →
This entry was posted in Desserts, Food, holidays, recipes, seasonal, sweet and tagged cherries, Christmas, Danish, Denmark, dessert, pudding, rice, risalamande. Bookmark the permalink.